As 2020 draws to a close, the first three-year KNHG policy and work plan is nearing its end as well. Additionally, our digital general members’ meeting will take place tomorrow afternoon: a nice opportunity to assess where we stand. What did we intend to achieve, what did we implement, and what did we not implement? A brief report such as this one necessitates choices and does not reflect the many activities the board and the bureau devised and elaborated over the past three years. Please see the different annual reports, where we report on the activities in detail. This also gives us the opportunity here to select distinctive or decisive highlights. 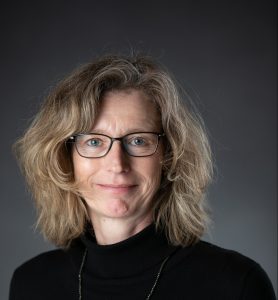 About five years ago one of the greatest challenges the KNHG faced was declining membership due to the aging population. The related mission was to ensure that the KNHG is relevant for young historians. During the policy period that lies behind us we pursued this mission very seriously. Young KNHG has evolved and has become more firmly embedded in our association. It is very active on social media and reaches many young historians as an influencer. Changing the membership structure was another major step. Rather than membership according to the ‘type’ of historian (senior, regular or student), we have – while using the same terms – introduced membership by age, offering students a free one-year membership to become acquainted with their professional association. We are pleased to report that the number of members has increased to more than 1,100 this year.

The second strategy in the policy plan was to focus on reinforcing the professional organization, to ensure that the KNHG is and remains relevant for professional historians. The first step to this end was a member survey. Our objective was to learn how our members perceive us. The survey was conducted in 2018. In addition to a gathering with senior members (in 2019), it yielded many insights about the relevance of the KNHG for historians. This relevance lies first and foremost in the content. The journal BMGN – Low Countries Historical Review has traditionally been an important substantive medium of the KNHG society. The board of editors and the bureau thus produce not only a journal with relevant content but also ensure that the scholarly findings are conveyed to a broader public. The press increasingly reaches authors of articles, and that is an encouraging result of our efforts.

In this period several new sections also launched on our website on topics relevant to historians, such as open access and work pressure. These sections are intended as reference material and serve – to use a time-honoured term – as a type of landing page for historians. Understandably, the congresses that the KNHG organizes remain as important as ever. In addition to being a source of knowledge about specific topics, they serve as a point of convergence for historians. In recent years the objective was to organize congresses on interesting subjects featuring surprising speakers at appealing locations. And I believe I can rightly state that we have succeeded in doing so in recent years. The spring congress about the Canon of the Netherlands at the Netherlands Open Air Museum in Arnhem, the congress about silences, taboos and exclusions in historiography at a clandestine church in Haarlem and the congress about the Paris Peace Conference (1919) in Doorn exemplify this tradition. Finally, the sun-splashed Historians’ Days 2019 merit inclusion in this list; organized in the centre of Groningen at the Faculty of Arts, they were dedicated to inclusive history. And last November we proved we were able to organize a congress that excels in relevant content during the Covid-19 pandemic, thanks to the annual congress ‘More than a human past. In another blog I have reflected on organizing a digital congress.

The third and final strategy concerned enhancing the visibility of the KNHG. Among members, for example, this included reintroducing the monthly newsletter, among historians we manifested on social media and in society by distributing press releases and seeking to team up with Kleio, the journal for history teachers. The communication plan was aptly titled ‘Geef ’t smoel’ [give it a face], leaving nothing to the imagination. Enhancing the international visibility of the KNHG was another important part of this strategy. To this end, we teamed up with our sister associations in the United States, Germany and the United Kingdom. And of course we reported on our findings across the border.

What didn’t we do?

Looking ahead is difficult, not only for historians. One reason is that reality that cannot be influenced is sometimes forced on us, as we have certainly noticed this past year. This means that plans envisaged may seem very logical or desirable at the moment they are conceived but may not come to fruition for all kinds of reasons. This holds true for the KNHG as well. In 2017, when we drafted the previous policy plan, we thought, for example, that My KNHG might figure prominently among our members, as a forum, a marketplace and as a venue for exchanging ideas. Unfortunately, there turned out to be very little interest. My KNHG does serve a different purpose. Connecting to our database enables members to update their data. Another intended plan, which was to produce a Dutch version of History & Policy in conjunction with Huygens ING, also failed to materialize. Once again, there was no interest in this effort, until the plan became relevant in a different form in early 2020 in the section Applied History on Historici.nl.

In 2020 we also celebrated the anniversary of the establishment of our society, or any case that of one of its predecessors, in Utrecht 175 years ago. We commissioned a nice animation, depicting our own history and a three-part podcast series on the last twenty-five years – complementing the commemorative album published in 1995. This year we received several unexpected congratulations. We were able to carry out only part of the wonderful packed programme of festivities  we had devised, however, for the all too well-known reasons. This means that we will be extending our festivities somewhat. The anniversary issue of the BMGN – Low Countries Historical Review will appear this spring, and the anniversary festivities have been rescheduled for July 2021, in the hope that by then we will be able to gather again. And, not wanting to spoil the surprise, I advise all members to watch their letterbox carefully toward the end of this month.

Antia Wiersma is the director of the KNHG bureau.