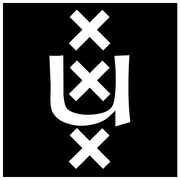 Research at the Faculty of Humanities is carried out by six research schools under the aegis of the Amsterdam Institute for Humanities Research. The Amsterdam School of Historical Studies (ASH), one of the six research schools, currently has a vacant postdoctoral position as part of the NWO-funded  Gravitaton Programme Anchoring Innovation, led by National Research School OIKOS.

The transition from republican to imperial rule is one of the main turning points in the history of the ancient world, which had profound consequences for the lives of Roman men and women. As the first emperor, Augustus anchored his multiple political innovations by presenting them as the restoration of the Roman Republic. As part of this restoration programme he posed as the restorer of traditional Roman moral values, issuing legislation to stimulate marriages within the elite and to curb adultery (the Leges Juliae de maritandis ordinibus and de adulteriis coercendis). The ius trium liberorum, which was part of this legislation, gave women sui iuris with three or more children full legal capacity over their property, thus paving the way for women’s civic engagement and public visibility, for instance as benefactresses in numerous cities of Italy and the provinces.

The main questions of this PD project are: were these far-reaching innovations in women’s legal position and their legal capacity over their property anchored in Roman society and traditional morality, and if so, how? How important was the ius liberorum for women’s financial independence and how many women acquired it? And to what extent were these innovations anchored in an earlier (republican) practice of women’s involvement in finances? Several other sub-questions are possible. The main focus, however, should not be on the intricacies of the legal changes as such, but on the impact they had on the financial (in)dependence of women and the way this may have been anchored in traditional Roman society and gender roles.