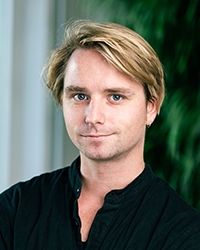 KNHG committee member Dirk Alkemade has been awarded the Fulbright Scholarship to study transatlantic Dutch democratic radicals in the revolutionary era in New York State. During the Time of the Patriots, several Dutch democratic radicals fled abroad as a result of their unsuccesful revolutionary attempts. Some of them left for the New World and subsequently kept in touch with their comrades at home. François Adriaan van der Kemp (1752-1829), who befriended two Founding Fathers of the United States, John Adams and Thomas Jefferson, was one of them. The Fulbright Program will enable Dirk to visit numerous archives in New York State, in search of personal documents of these Dutch refugees. Congratulations, Dirk!