Symposium ‘Rhetoric of the Past’ 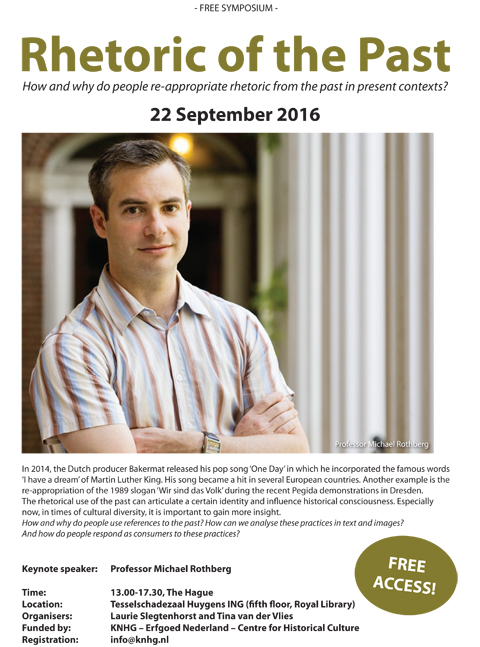 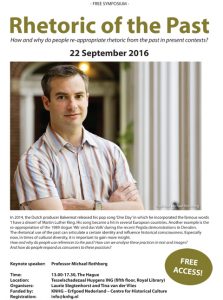 How and why do people re-appropriate rhetoric from the past in present contexts?

In 2014, the Dutch producer Bakermat released his pop song ‘One Day’ in which he incorporated the famous words ‘I have a dream’. His song became a hit in several European countries. Another example is the re-appropriation of the 1989 slogan ‘Wir sind das Volk’ during the recent Pegida demonstrations in Dresden. The rhetorical use of the past can articulate a certain identity and influence historical consciousness. Especially now, in times of cultural diversity, it is important to gain more insight. How and why do people use references to the past? How can we analyse these practices in text and images? And how do people respond as consumers to these practices?

Registration: The symposium is fully booked.