Towards a new history of the Second World War? 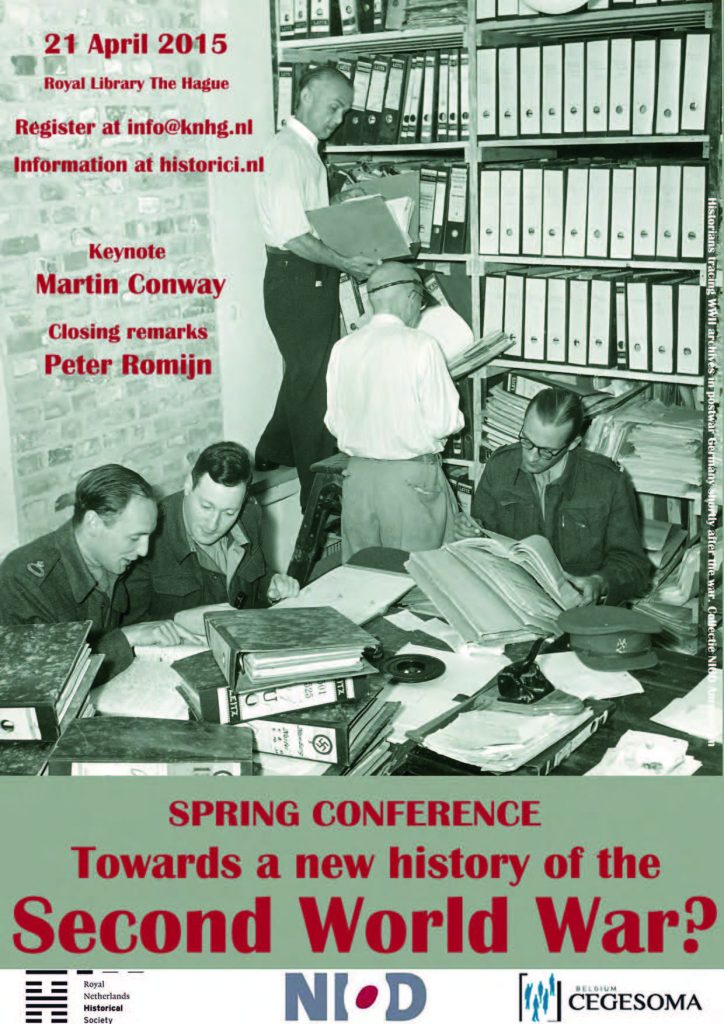 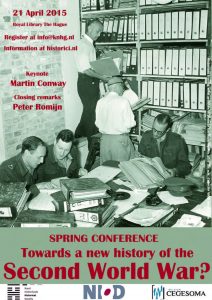 70 Years after the end of the Second World War, research into its history continues to blossom, grow and diversify, both in academia and the larger public arena. In both Belgium and the Netherlands the historiography of the Second World War is well-established, strongly institutionalized, supported by a plethora of highly diverse local initiatives in museums, memorials and heritage centres and accepted as an essentially legitimate endeavour by the larger public, policy makers and funders.

This success however also poses fundamental questions on the future of ‘The History of the Second World War’ as an academic (sub-)specialism in the twenty-first century. The 2015 Spring conference of the Royal Netherlands Historical Society, organised in collaboration with CegeSoma and NIOD ( the Belgian and Dutch study centres originally founded for the study of the Second World War), wants to stimulate the debate about the future of the specialisation. Are new orientations and methodological innovations required? How will the field connect to current trends in representations of the past in digital forms, in museums and archives? Should researchers leave the comfort zone of their own specialisations and relate to other fields and disciplines in order to deal with the `big issues´ of the history of the Second World War? Provocative statements on the present state of the historiography of the Second World War within the larger perspective of current historical cultures will be offered in a position paper.

This position paper will be pre-circulated amongst all participants and offer a starting point for the keynote address by Martin Conway. He will place the Second World War historiography in the Low Countries in an international context and relate it to broader fields of War Studies. The keynote will also provide a link to the four individual sessions. The four sessions will each take one specific angle to stimulate debate amongst three or four Dutch and Belgian speakers, followed by a plenary discussion.

This conference aims to provide a fundamental reflection on the agenda of Second World War-historiography in the Low Countries for the first quarter of the twenty-first century.